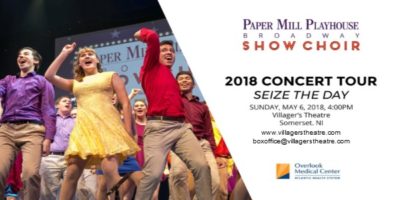 Ring in the New Year with the sound that changed America! Memories of Motown promises a fun night with all your favorites.

We provide the stand-up!  You just sit down and have some laughs! Join Villagers Theatre as we host three of the funniest people in New Jersey for this Special Comedy Event! We promise you’ll laugh your (insert body part) off!

Joan Weisblatt (host) – Joan was a lawyer for 30 years before delving into the world of stand up comedy. She is the regular host, and producer of comedy shows for the Gotham Comedy Foundation, the charitable arm of the Gotham Comedy Club in New York City. Joan performs all over New York City, New Jersey and Pennsylvania. She performed most recently in the Ladies of Laughter comedy festival. Joan loves hosting and producing comedy shows at the Villager’s Theatre! http://joanweisblattcomedy.com

Mollie Sperduto (Featuring) – Mollie hails from the Jersey Shore and has performed around New Jersey, NYC and Philadelphia (and beyond)! She was also a finalist in the Tropicana Comedy Competition in Atlantic City. http://molliesperduto.com

Joe Fernandes (Headliner) – When Joe is not escaping reality by hanging with his Welsh Corgi on hiking trails, he can be found in comedy clubs making fun of his unrelenting confusion with life. From stories of his drugged up youth to his adult struggles with food, to being a hypochondriac married to a nurse with kids, Joe’s open book approach to comedy has an honest point of view that any audience can relate to. He has been invited to perform at the NY Comedy Festival & Gilda’s Laugh Fest. http://joefernandes.net