You are here: Home › Auditions 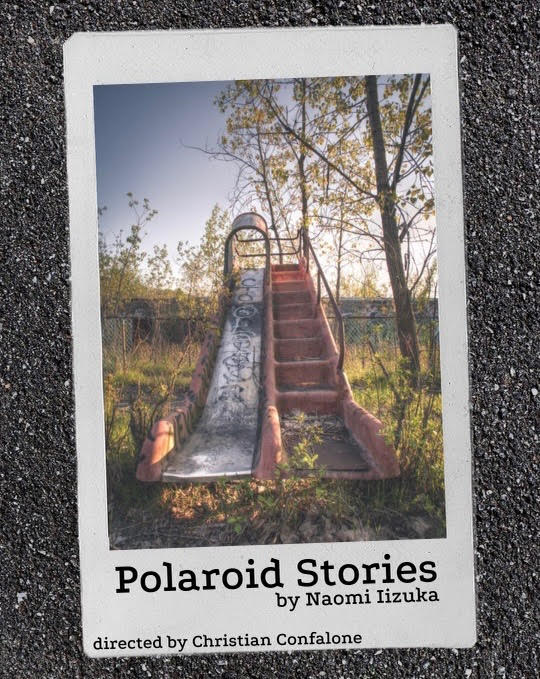 Callbacks *by invitation only*

We are looking for 10 strong actors, around the ages of 16 – 24 that have a diverse set of skills and experiences, that are ready and open to tackling a unique and socially relevant piece. (See below for character descriptions).

Please come prepared with a one-minute monologue that tells a specific story whether from a published play or not. Focusing on drama, politics, and/or cynicism.

If you are unable to attend auditions in person, you may send a video submission to polaroidstories@villagerstheatre.org by Wednesday, November 10th by 7pm.

Callbacks will take place IN-PERSON at the Villagers Theatre on Thursday, November 11th by invitation only. Those called back will be notified by Wednesday, November 10th.

D (Dionysus): [male identifying] 18 – 24 years old. A narrator type, he starts and ends the play with a story. A larger than life attitude who has learned to roll with the punches and enjoys his life for what it is. A drug lord who has a manipulative and mentor-like relationship with Skinhead Boy.

EURYDICE: [female identifying] 16 – 20 years old. An innocent exterior with heavy baggage on the interior. She is running away from an abusive relationship with Orpheus. She seeks a new beginning and freedom from the shackles of her past life.

PERSEPHONE (also Semele): [female identifying] 20 – 24 years old. A young-adult who has been through and seen too much. She longs for the life she could’ve had in the past. However, she is jaded by her past life and tries to sway Eurydice away from the path she once walked. Friendly with D and tolerates Orpheus.

ORPHEUS (also Tereus): [male identifying] 20 – 24 years old. The stalker ex of Eurydice. Has a savior complex to protect and care for her, which turns into obsession. He will do whatever it takes to be with Eurydice, from love songs to murder.

PHILOMEL: [female Identifying] 16 – 20 years old. The silent narrator of the story. She sees all that transpires throughout the play, while commenting on events through non lyrical music. Strong singing skills are required for this role.

SKINHEADgirl (a.k.a neon girl): [female identifying] 18 – 21 years old. She’s just along for the ride. In a toxic relationship with Skinheadboy. She puts her faith in the wrong people and fears being alone.

NARCISSUS: [either] 18 – 21 years old. As the name implies, they are very self-centered. Un-reliable and lacks vulnerability. Wants constant gratification and attention from others, but only receives it from Echo’s echoes.

ECHO: [female identifying] 18 – 21 years old. Narcissus’ only company. She listens to them talk and share stories about their life. Repeats the ending of all of Narcissus’ sentences until the very end when she snaps. She compliments, but also opposes Narcissus’ personality and beliefs.

SKINHEADboy (a.k.a oklahoma boy/speedracer): [male identifying] 16 – 20 years old. New to the community, misguided and as a result immediately finds solace in drugs. Haunted by a traumatic past with an abusive family. Has a complex friendship with D and manipulates Skinheadgirl to steal drugs from him.

G (a.k.a zeus & hades): [male identifying] 20 – 24 years old. The oldest character in the play. Zeus is the former lover of Semele, while Hades helps guide Eurydice to find her own path. Wise and leveled-headed, he wants what is best for the people a part of his community.

*All gender identities and ethnicities are welcome for any role to the director. 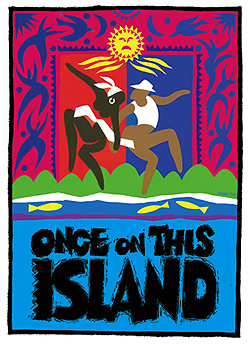 Villagers Theatre is proud to announce auditions (in-person and virtually) for Once on This Island, opening February 11th – 20th.

Audition Information
–In-person audition appointments can be made by emailing, ooti@villagerstheatre.org, with the subject line: “OOTI Auditions” and your preferred date and time.
-If you would like to audition virtually please email your video submission to ooti@villagerstheatre.org. Please include the following: Part(s) interested in, Vocal Part, and Conflicts (Please note Rehearsal will be 3 days a week (Mondays, Wednesday, and Saturdays) until Tech Week.
All: Please prepare a short cut of a song that best showcases your voice and personality. All actors should be comfortable with dance and stage movement.
Villagers Theatre is committed to the authentic casting of Once on This Island and seeks submissions from artists who identify as BIPOC (Black, Indigenous, and people of color). This is non-negotiable. Once On This Island will have a maximum of 14 performers. All Roles will double as Storytellers
All roles with the exception of Little Ti Moune are open to artists of all gender identities and over 18 years of age.

LITTLE TI MOUNE/LITTLE GIRL | The reason they are telling the story, energetic and full of life. Must read “young” but seeking actors 8-16

TI MOUNE | A3-E5. Curious and energetic with an infectious joy for life.

DANIEL | B2-F4. Character is a mix of African and French descent. A member of the ruling class, torn between duty and love.

ASAKA | Vocal range E3-E5. Mother of the Earth. Fiery and filled with warmth.