Skip to content
Winner of 8 TONY Awards, including BEST MUSICAL, SPRING AWAKENING celebrates the unforgettable journey from youth to adulthood with a power, poignancy, and passion that you will never forget.  Adapted from Frank Wedekind’s 1891 expressionist play about the trials, tears, and exhilaration of the teen years, it has been hailed as the “Best Musical of the Year” by the New York Times, New York Post, Star Ledger, Journal News, New York Observer, and USA Today.  This production is Rated R; a few facts about the production are listed below.

ALL TICKETS – $16 reserved seating – NO DISCOUNTS accepted for this production

Spring Awakening is a musical, based on a play of the same name written in 1891 by Frank Wedekind. It’s a coming-of-age story that takes place in a provincial German town in the late nineteenth century and shows the consequences of living in a repressive socity. Steven Sater, who wrote the book and lyrics, has said the impulse in writing the show was “a desire to move hearts and try and change the world a little.” Although Spring Awakening deals with very important themes, it also has a lot of humor and a great deal of fun. Teenagers will easily identify, and identify with, the characters on stage.

This production features a rock score with songs revealing private yearnings, hopes and anguish of the show’s teenage characters. As these feelings are timeless and universal, the writers chose to have the boys and girls assume the manner of contemporary teens when performing the songs. The language is frank and reflects the way many contemporary teenagers speak. The words are sometimes raw, but they’re never used for the sake of being vulgar, they are honest expressions of feelings.

We will deal with mature themes and these include moments of brutality and sexual situations. One of the main goals of the creative team is to open the lines of communication between parents and children, enabling them to discuss difficult and significant topics. Our production will not include any nudity.

Abortion and religion are crucial to the plot of Spring Awakening, but the theater and the authors do not take a stand either advocating or opposing anything. The script promotes an open dialogue between teenagers and their parents about these and other issues addressed in this show.

Parents are the best judge of whether your child is mature enough to handle the subject matter of this show. As a rule, the show is recommended for those 15 and older. However, there are 15-year-olds who might not be emotionally prepared to deal with the themes and candid nature of Spring Awakening, just as there are 13-year-olds who are emotionally prepared to handle the subject matter. Only a parent can decide.

Man of La Mancha March 9-31, 2001   Directed by Tina Lee   This is a play-within-a-play, based on Cervantes’ “Don Quixote.” We have a poignant story of a dying old man whose impossible dream takes over his mind. It’s All the Same, Dulcinea, I’m Only Thinking of Him, The Impossible Dream, I Really Like … Read more

April 9 – 25, 2010 By Ira Levin Directed by John Correll   One of the great popular successes of recent Broadway history, this ingeniously constructed play offers a rare and skillful blending of two priceless theatrical ingredients—gasp-inducing thrills and spontaneous laughter. Dealing with the devious machinations of a writer of thrillers whose recent … Read more 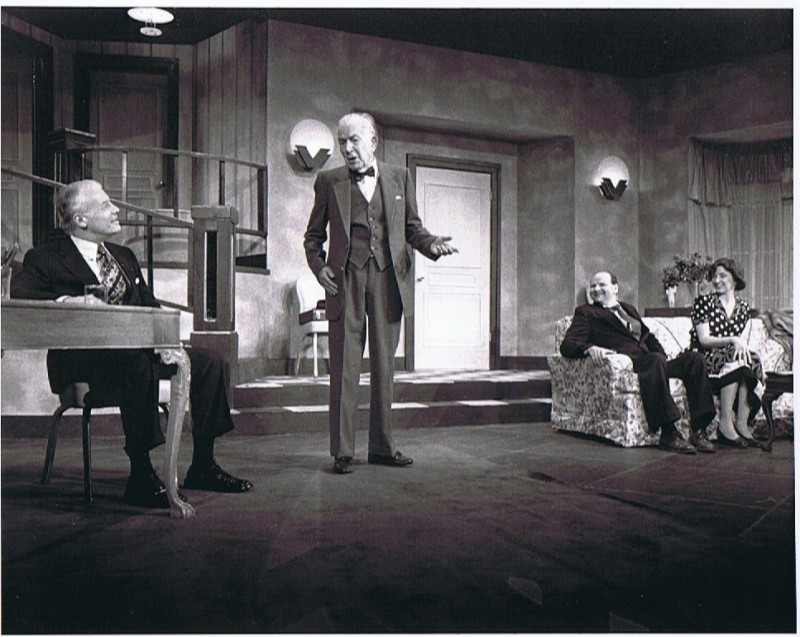