You are here: Home › Special Event

Jerrold is establishing himself as a fixture on the eastern comedy circuit.  Born and raised in Virginia, Jerrold began his career in New Jersey, where he quickly made a name for himself and performed at NJ and NYC’s finest clubs, including:  Rascals, Broadway Comedy Club, New York Comedy Club, Stand Up NY, Gotham Comedy Club, and the renowned Caroline’s on Broadway.

Within two years of his stand-up debut, Jerrold has featured and headlined clubs, colleges, and private functions all over the tri-state area. His distinctive perspective on dating and marriage topics combines with a high energy, friendly delivery to create wickedly clever content and a wildly funny act.

Dan has been performing stand-up, sketch, and improv comedy in various forms for over 10 years. What began as a 5 minute open mic spot in the back room of a small bar in Bloomfield, NJ has blossomed into 10 minute spots in clubs just outside of Bloomfield, NJ.

​He has performed at clubs across NJ, NYC, and Boston.

In addition to his solo stand-up work, Dan was a founding member of the Boston, MA sketch comedy troupe Slow Children at Play and a former member of the Montclair, NJ improv group Lunatic Fringe.

He is also an avid playwright, having written and produced one-act shows at festivals in both New York City and New Jersey. Dan currently resides in New Jersey with his wife, son, and middle-aged Shih Tzu.

Sarah is a local singer/songwriter who has been playing music and singing since her early childhood. Her unique style and hopeful lyrics will captivate any audience.

Sarah loves music that tells a story and connecting with her audience is what she sets out to do at each of her shows. She believes there is nothing better than bringing a group of people together from all different backgrounds and experiences and uniting them with one song.

Shahryar is a stand-up comedian out of Washington, DC. His topics include his work as a federal employee, his life at home, and everyday things he’s observed.

He’s been featured in the Washington Post and Voice of America. He’s a regular at the DC Improv and other comedy venues. He was invited  to perform at the 2013 Great American Comedy Festival.

His website is http://shahryar.net and you can also check him out on YouTube/shahryar.

Bringing you a two-hour, multimedia experience featuring a diverse selection of original compositions as well as music selections from CCM artists such as:

150Central is available for:

Additional info can be found at:

Performances from cast members of many TeensVill productions from the past 16 years which could include productions of Godspell, Leader of the Pack, Runaways, Fame, Footloose, Bye Bye Birdie, Les Misérables, The Wiz, Into the Woods, Seussical, Aida, Rent, 13 the Musical, The Wedding Singer, Spring Awakening, and Legally Blonde The Musical.

The concert will be held on the Villagers Main Stage.  Reserve your tickets now and pick-up at the door .  Cash or Check ONLY (checks made payable to Broadway Cares).

PRIZES FROM BROADWAY CARES TO BE RAFFLED DURING THE PERFORMANCE.

Not Your Mother’s Black Box

Valerie DiMambro, Ryan Houssein, and Ty Raney highlight the evening. An acoustic musical performance by Uncle Funk (Mike Holsworth and Steve Kupp, feat. Joe Stahley) will cap off the show. Your host and MC for the evening is Dan Bocchino.

Dan has been performing stand-up, sketch, and improv comedy in various forms for over 10 years. What began as a 5 minute open mic spot in the back room of a small bar in Bloomfield, NJ has blossomed into 10 minute spots in clubs just outside of Bloomfield, NJ.

​He has performed at clubs across NJ, NYC, and Boston.

In addition to his solo stand-up work, Dan was a founding member of the Boston, MA sketch comedy troupe Slow Children at Play and a former member of the Montclair, NJ improv group Lunatic Fringe.

He is also an avid playwright, having written and produced one-act shows at festivals in both New York City and New Jersey. Dan currently resides in New Jersey with his wife, son, and middle-aged Shih Tzu.

Gastronome, infrequent somnambulist, and cat whisperer.  3 things Valerie is known to dislike: kitsch, big words, and irony.  You can often find her jetting about Philly in her unremarkable, mid-sized sedan.  She has been seen on stage at Broadway Comedy Club, New York Comedy Club, and Philly’s own Johnny Brenda’s! In Philadelphia, Valerie co-hosts the monthly show, The Sunday Funnies, with the very funny Dugan McShain and Carolyn Redmond.  She certainly is the one VD you’ll want to catch while in town!

Ryan Houssein has been performing stand up comedy all over New Jersey and New York City since 2009. He is a regular at Broadway Comedy Club and, in 2012, advanced to the semi-finals of the New Guns of Comedy Competition at Greenwich Village Comedy Club. Ryan also works at nysocialstatus.com as the comedy and current events writer.

Ty grew up as an only child in the small town of Montclair, NJ, not far from the comedy mecca of New York City. Being an 80’s child, Ty’s biggest comedy influence was Eddie Murphy. As a teen, he would stay up late watching comedy specials and movies, just cracking up and admiring the courage and talent of all these comedians. Ty always wondered if that could be him.

Ty made his official public comedy debut at Carolines on Broadway in New York City. His wife Tennille is the person that really supported, encouraged, and initiated the push toward his comedy career. Ever since that first show, Ty has been setting ablaze through New York and New Jersey. Touching the stage so many times over the years has given Ty great presence and a style that stands out on its own.

Steve and Mikey came together years ago to meld their musical interests and talents to form Uncle Funk. Based out of New Jersey, Uncle Funk has played shows throughout NJ and NYC. Their unique mix of funk, hip-hop, and reggae is sure to please audiences of all shapes and sizes.

Uncle Funk’s ability to bridge the gap between rap, rock, funk, and reggae raises the bar for other bands. They have proven themselves time and again in front of audiences looking to dance, rock, or protest. Lyrically tinged with elements of both politics and partying, Uncle Funk is a rising star in the NJ/NYC music scene.

Friday and Saturday Evening at 8:00PM

Join us for an evening of POP music at the Villagers! POP will include songs from your favorite artists of the 90s and early 2000s, it’s a night you don’t want to miss.

Hear some of your favorite hits from the Backstreet Boys, TLC, Destiny’s Child, No Doubt, Alanis Morissette and more! Two nights only . . . get your tickets now! 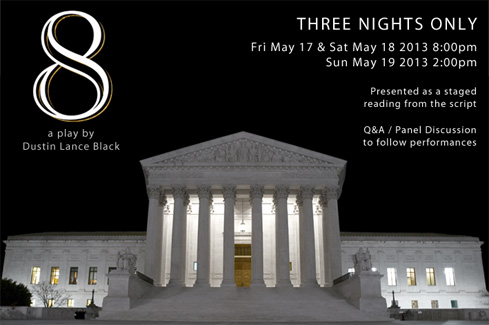